The Republic of Cuba is an archipelago with a total area of nearly 111 000 km2, located in the Caribbean Sea, also known as the Sea of the Antilles.

The island of Cuba, the main and largest Cuban island, is a long narrow strip just under 107 500 km2, whose widest part is 191 km and the closest just 31 km. It has about 5700 kilometers of coastline, over 200 bays and 289 beaches. The archipelago also belong the Isle of Youth and other 4195 cays and islets.

Cuba is known since the days when it was a Spanish colony as “The Key to the Gulf” because of its geographical position at the entrance of the Gulf of Mexico. The nearest countries are Haiti, United States, Jamaica and Mexico. The official language is Spanish.

Havana, with about 3 million inhabitants.

The climate in Cuba is warm tropical, seasonally wet, cooled by winds and sea breezes. On the island generally good weather, with an average annual temperature of 25 degrees Celsius. Stockings in summer are 27 degrees Celsius, and in winter of 21. The coolest months are December, January and February, and the warmest July and August. There are only two seasons: the dry season from November to April, and the rainy season from May to October.

Cuban fauna is very attractive and has no harmful species to man. Keep some rarities like zunzuncito titmouse, the world’s smallest bird, the smallest frog, a tiny butterfly and a bat named scorpion does not exceed 14 mm. Endemism is equally noticeable in amphibians and reptiles. The crocodile, named on farms, is another characteristic species of Cuba. There are reported about 400 species of birds.

The Cuban seabed house innumerable species of crustaceans and molluscs, over 700 fish, 300 of sponges and a larger number of starfish, sea cucumbers and sea urchins, as well as 5 species of sea turtles and mammals such as dolphins or manatees enigmatic, sirenian endangered. All this is a real privilege for scuba divers and recreational diving.

The flora is characterized by an extraordinary wealth of species and endemism considerable mainly in mountainous areas, over 50 percent of the flora is endemic. In paise over 300 protected areas that cover approximately 22 percent of the national territory. Cuba treasures six areas declared by UNESCO as a Biosphere Reserve: Guanahacabibes Peninsula, Sierra del Rosario and the Zapata Swamp National Park in the west; Caguanes National Park, in the center, and Baconoa Park and Blades of Toa (Cuchillas del Toa) in the east.

In most represented plant groups and are most attractive orchids, cacti and palms.

Cuba is a country of rich cultural traditions and contributed to world culture with leading musicians, singers, dancers, writers, painters and thinkers. Important international events are based on the island, including: The International Ballet Festival, The International Festival of New Latin American Cinema Festival Jazz Plaza, Havana Biennial Book Fair, among others. The cultural and educational level of the Cubans is the highest in Latin America and is on par with first world countries.

The official currency is the Cuban Peso (CUP). Since January 2021, the Convertible Peso (€), the currency in which a large part of the prices of tourist services in the country were fixed, stopped circulating. Currently some services must be paid with a Visa, Mastercard or American Express Credit or Debit Card; many entrepreneurs and private groups accept that their services are paid in €, Euros, Canadian dollars or other currencies.
To obtain Cuban pesos (CUP) you can make the change when you arrive at the airport. You can also change cash at Banks or at the Exchange Houses (CADECA).
Travelerschecks and Cabal, Transcard, Visa and MasterCard credit cards are accepted, as long as they are not issued by US banks or their affiliates. For more information visit the Central Bank of Cuba website.

Only required to present the International Certificate of Vaccination for travelers from countries where yellow fever and cholera endemic or have been declared infected areas by WHO. There are restrictions on products of animal or vegetable origin.

All visitors must have a valid passport in your name and the corresponding visa or tourist card, except in the case of countries with which Cuba has visa exemption agreements. The Tourist Card, both individually and for groups, can be requested at the Cuban consular offices, travel agencies and airline offices.

At the present time departure tax of airports in Cuba is included in the passage.

They are tax exempt personal items, 2 bottles of liquor, one carton of cigarettes and up to 10 kg of medicines. You can import items worth up to 250.00 €, of this amount, 50.00 € are exempt from payment and the remaining 200.00 € to be paid a tariff of 100%. Payment for excess baggage at the point of origin does not exempt the traveler to pay, upon his arrival in Cuba, the appropriate fee based on value of the items.

The entry of cash is unlimited. Reexport an amount equal to or greater than 5 000.00 € is required to submit the corresponding customs declaration.

Customs laws prohibiting pornography revenues. It also banned the possession, trafficking, consumption and sale of drugs and narcotics, live animals and firearms. If the latter are intended for hunting, importation can be authorized by the entity responsible for this form of tourism.

It allows the export of works of art, antiques, species of Cuban flora and fauna and other legally protected cultural property, with proper documentation of relevant institutions. The maximum value of export of other items is a thousand dollars.

The craft does not require documents for export. It allows free export of 23 cigars and loose or in packages. For more quantity, the traveler must submit to Customs a copy of the invoice for the purchase. The cigars must be in original packaging, with the official.

For more information visit the website of the General Customs of the Republic of Cuba .

110V., 60 Hz. Plugs with flat prongs. In some hotels and facilities can use 220V. Adapters are advised to bring a flat round dowels.

Usually used light and fresh clothes. In the day is mostly informal clothes and evening activities, light clothes but more elegant. Although to attend solemn ceremonies, business meetings, dinners, diplomatic appointments or visits to clubs is more appropriate formal attire. It is always recommended to wear light, preferably cotton for day to night.

During the months of winter short Cuban (December to March) is sufficient light sweater, especially, to travel in air-conditioned coach

If you would like information about diving in the Islan can visit the Diving in Cuba section. 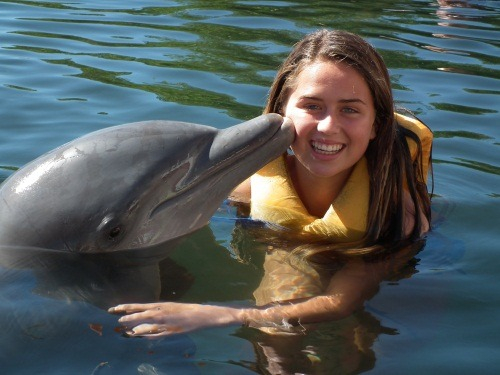